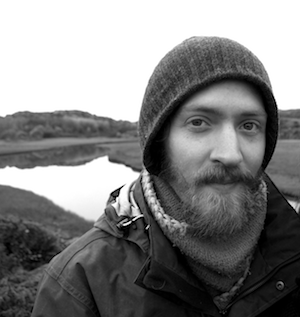 I’m a composer and performer of electroacoustic music, with influences from noise, minimal, drone and stochastic music. I’m interested in music and sound as a way of transcendence and self-knowledge. The process of synthesis is my main passion, exploring the aural results of algorithmic symmetry and chaos, in many ways connecting to the inner structures of nature.

I utilize homegrown software and hardware including modular synthesizers, feedback through various devices, algorithmic composition, and SuperCollider. I also work with live improvisation in ensemble or solo. Even though my main focus is on electronic music, I’ve also written some pieces for acoustic instruments, mostly pieces for specific musicians and instruments (Andrea Neumann, Axelsson Nilsson duo, KROCK). I’ve played electronics/supercollider in a duo with Daniel Karlsson, and in the ensemble World Domination with Mattias Petersson and Daniel Karlsson.

My music has been performed live and from fixed media on concerts in Sweden and abroad, in Stockholm, Göteborg, Malmö, Visby, Oslo, Riga, London and Berlin, on scenes like Fylkingen, Audiorama, Norbergfestivalen, Gothenburg Art Sound festival, SEKT, Raum-20, and on Swedish Radio and Radio Neu (Oslo). I’ve released the album “Even while the earth sleeps we travel beneath frozen rivers” together with Daniel Karlsson at Fylkingen Records 2008 in connection with Fylkingens 75-year anniversary, and a number of releases on small labels, for example the latest album Iridium on Jahr Null Aufnahmen, getting positive reviews in SvD 2011-02-01 by Magnus Nygren.

I studied composition for Per Mårtensson and Henrik Strindberg at the Gotland School of Composition in Visby (2004-2006), and electro-acoustic composition for Bill Brunson, Pär Lindgren and Mattias Petersson at the Royal College of Music in Stockholm, Sweden.

NOTE: this list hasn’t been updated in a while…