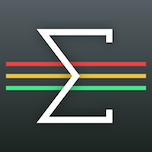 Awesome! ★★★★★
AUM has in short time became almost impossible to not use in every music situation on my iPad Pro...

iOS music would not exist without this app ★★★★★
It’s design is spot on. Robust midi and audio routing. Great for live performance or studio work.

An incredible audio app ★★★★★
This app does all the things i hoped for, and does so in the most elegant way.

Outstanding ★★★★★
This is a truly useful app for routing audio from anywhere to anywhere and record the result.

Amazing app ★★★★★
Works perfect! Would recommend to anyone, using iPad as music instrument on daily basis!

Simply the best ★★★★★
This app has been the best at what it does for years... incredible really.

Play hosted synths and instruments using the built-in keyboard or external MIDI controllers, or sequence them from other apps using Virtual MIDI.

Record mixes, individual tracks, or both, straight into the storage space of AudioShare (no copying of files needed), with synchronized start and end.

Play back recordings, soundfiles and loops as channel sources in the mixer for backing tracks, further processing or mixing.

Route MIDI in any way you like using the MIDI matrix.

Synchronize everything with the transport clock and play in time with other apps or devices using Ableton Link, a new technology that synchronizes beat, phase and tempo of Ableton Live and Link-enabled iOS apps over a wireless network. Sync old hardware to AUM via MIDI clock.

All controls in the mixer can be controlled via MIDI, including parameters of hosted and built-in plugins.

(* only limited by the CPU power of your device)

It’s built into the app, tap the menu button and then Help. There’s also a copy of the manual online.

I want to record audio via the headphone jack, why does it not work?

The TRRS jack on iOS devices does not provide a stereo line in. It’s meant for connecting headphones or headsets. It does have a mic-level mono input, which is probably not what you want. This is not related to AUM or any particular recording app you’re using, it’s how the hardware works.

With the right kind of cable, you might be able to trick the device that it’s connected to a headset, and thus get access to the mono microphone input. There are also ready-made adapters such as AmpliTube iRig for connecting mic level mono sources like electric guitars via the TRRS jack, but for proper stereo line input you need a real external audio interface.

How do I add channels?

How do I remove a channel?

Tap the channel title label. You can there rename the channel, remove it, as well as access MIDI control routing for this channel and its nodes.

How do I load a node (input, output or effect)?

Tap the + in an empty slot and choose between available nodes.

How do I remove a node?

How do I add more effect slots?

How do I remove empty effect slots?

Tap the slot to show the node picker, at the end of the list is a Remove empty slot button.

Yes! Long-press an effect slot or node to show the pre/post toggle.

How do I reorder effects?

Drag an effect node to the right, and then up or down before releasing it.

How do I reorder channels?

Drag the channel down, for example by grabbing the output slot, and then left or right before releasing it.

Where does the recordings go?

They go into a folder named ‘AUM Recordings’ in the shared storage space of AudioShare, and can be viewed in AudioShare or by tapping the menu button and choosing FILES inside AUM.

How do I use a mono hardware channels?

Since AUM version 1.1, you can select hardware mono inputs and outputs directly in the node picker.

How do I enable Ableton Link?

Tap the tempo in the upper left corner, then tap the three dots in the menu that shows. This will open the Clock Options, where you can enable Link, choose time signature, sync quantum and pre-roll.

How do I start other Link enabled apps from AUM?

Also, AUM sends Inter-App Audio host transport state and clock sync to all hosted apps. Apps listening to this will start with AUM and sync accurately with its tempo. See here for some developer notes on the subject.

What about MIDI Clock?

Since version 1.2.1, AUM allows sending MIDI Clock to a single CoreMIDI destination. The purpose is to synchronize external hardware. The clock is aligned with the audio output of the device.

NOTE: Trying to use it for syncing other apps or via wireless MIDI will probably not align well! There’s no reason to continue using MIDI clock for sync between apps, when we have Inter-App Audio host sync and Ableton Link.

Inter-App Audio apps and Audio Units should implement host sync, which has been part of the IAA standard from the beginning, and is the natural way for a node to sync to the host (AUM in this case).

I get big latency with external audio interface!

This is an iOS 9 bug, that makes audio delayed almost a second! Fortunately there’s an easy workaround: When this happens, plug in a pair of headphones in your device, then plug them out again. Latency should then go back to normal. This issue seems to be fixed in iOS 9.3 for most users.

How do I select MIDI channel for Audio Unit extensions?

Since AUM version 1.1, there are MIDI channel filters on IAA and AU MIDI destinations!

This is most probably the “Inter-App Audio Zombie Bug”, unfortunately there’s nothing AUM can do to prevent it from happening. The best way to avoid this happening is to make a habit of always swiping out music apps from the multi-task view when done with them. Also, always make sure to switch to a loaded IAA app at some point, so that it appears in the multi task view, otherwise it might still be running in the background as an invisible “zombie” process that prevents the app to load again.

You can also try the ‘‘Clear RAM Trick’’ to clear all processes, including any invisible IAA zombies: Hold power button until “slide to power off”, ‘‘then release it’’. Then hold Home button until the home screen shows up. All processes are now cleared!

For developers, I’ve found a way to make IAA zombies much less likely to happen. Check out IAA quirks

I’ve seen some IAA node apps that don’t correctly start their audio engine when launched in the background via a host app like AUM. In those cases, it often helps to make sure “background audio” is on in the other app, and to launch it manually and let it keep running while you load it into AUM.

How do I stop the app from running in background?

AUM keeps running in background when needed, unless the session is empty. Just double-tap the home button and swipe the app out of the multi-tasking view when done with the app. If you hadn’t saved your session, you can tap the “Restore Session” button next time you open the app.

Where can I ask additional questions?

Drop me an email!